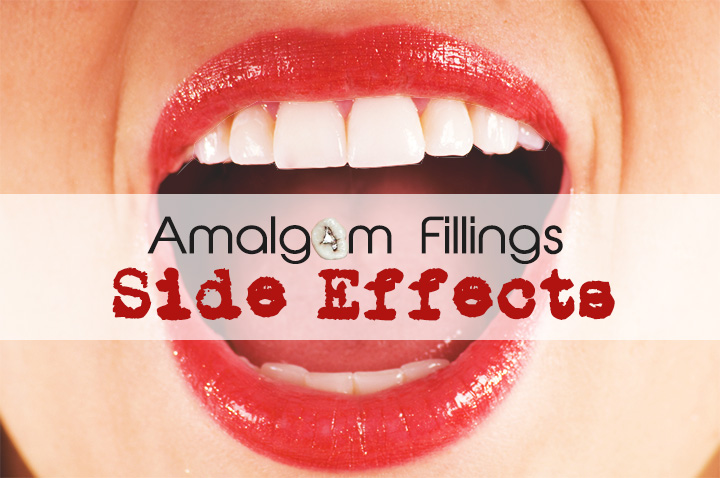 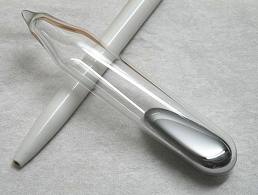 Silver amalgam fillings contain about 50% mercury. Mercury is an element and a heavy metal; it is more toxic than arsenic, cadmium and lead. Mercury in amalgams is not 100% stable and has been scientifically proven to give off mercury vapor. The release of this toxic mercury vapor lasts over the lifetime of the amalgams. More mercury vapor is released when amalgams are exposed to heat, chewing and brushing.

Tests indicate that the person who has amalgams always receives an unhealthy mercury burden from having the amalgams; it is unavoidable. Adverse effects tend to escalate with the accumulation of mercury until they become evident – doctor’s often have no awareness that symptoms presented could be as a result of mercury amalgam side effects. Other metals present in the amalgams are also toxins.

Please read our dental health article (which contains a reproduction of DAMS Dental Health Guide by the renown Sydney dental office) to learn more about other practices in dentistry that result in a range of negative side effects.  It also contains information on how to choose a toxic-free dentist who can safely remove your mercury amalgam fillings if you so choose.

Mercury binds with vitamin B1 and other B vitamins, causing symptoms of deficiency even though there is enough B vitamin in the diet. Mercury is considered a factor in causing multiple sclerosis, ALS (a.k.a. Lou Gehrig’s disease, Alzheimer’s disease, autism. Mercury blocks glutamate re-uptake, thus making excitotoxins such as MSG and aspartame (a.k.a. Nutrasweet) even more dangerous. Mercury is more neurotoxic than lead, cadmium and arsenic; it multiplies the danger of other such toxins.

Dizziness, vertigo and ringing in the ears

Glaucoma and restricted or dim vision

Bacterial, viral, fungal and mycobacterial infections are more difficult to overcome due to the effects of mercury and other toxic metals used in dentistry (tin, copper, silver zinc, nickel, chromium, palladium and cadmium). Periodontal infection can be caused by the presence of amalgam. Mercury contributes to all allergic disorders and to all autoimmune disorders such as multiple sclerosis, ALS (Lou Gehrig’s Disease), lupus, rheumatoid arthritis, scleroderma, hypothyroidism, Hashimoto’s disease, hyperthyroidism and Grave’s disease. By depleting glutathione, the main antioxidant and detoxifier, mercury makes it harder to detoxify anything else; so, it is believed to be a factor in multiple chemical sensitivity.

Mercury interferes with the porphyrin pathways to the making of heme, which is needed for the production of hemoglobin, which carries the oxygen around the body in the red blood cells. Thus, mercury deprives the body of necessary energy, causing fatigue. Mercury also interferes with energy production in the mitochondria, the little energy furnaces found in all of our cells. Causes red blood cells to clump or stick together, increasing the risk of heart attacks and strokes. It causes abnormality in white blood cell counts (too high or too low), sluggish lymph flow making lymph vessels clog. Irregular heartbeat, heart palpitations, rapid heartbeat; feeble or irregular pulse; high or irregular blood pressure; pain or pressure in the chest, cholesterol damage and triglycerides. Idiopathic myocarditis. Mercury acts synergistically with other heavy metals – such as cadmium, lead, iron, tin and copper – multiplying their bad effects.

Mercury from amalgams concentrates in the hypothalamus and the pituitary, resulting in mood disorders, depression and disruption of the entire neuroendocrine system.

Both mercury and fluoride tend to damage the jawbone, causing jawbone disease and making it more likely that the patient will lose his/her teeth. They damage collagen throughout the body, harming bones and connective tissue and accelerating the aging process.

Depletion of Important Vitamins and Minerals

Mercury depletes vitamin C, the B vitamins, magnesium, zinc and other important minerals. It depletes glutathione, the body’s main antioxidant and detoxifier. The mercury poisoned person may suffer some malnutrition despite eating a good diet. Mercury tends to disrupt mineral transport, so the mineral levels seen in a hair test often do not reflect the levels in the body. Kidney function function is typically reduced and the kidney’s ability to regulate minerals and salts and to filter toxins may be impaired.

During the 1990’s most children in the U.S. were exposed to an unprecedented, unsafe level of mercury exposure causing the ten-fold increase in autism in the U.S. Learning disabilities went up 30-fold; attention deficit disorders, childhood diabetes and asthma all soared.

Children who are genetically less able to excrete mercury plus those who had mothers with mercury amalgams and/or other mercury exposures were the ones most affected by vaccine injuries that resulted from unsafe vaccinations.