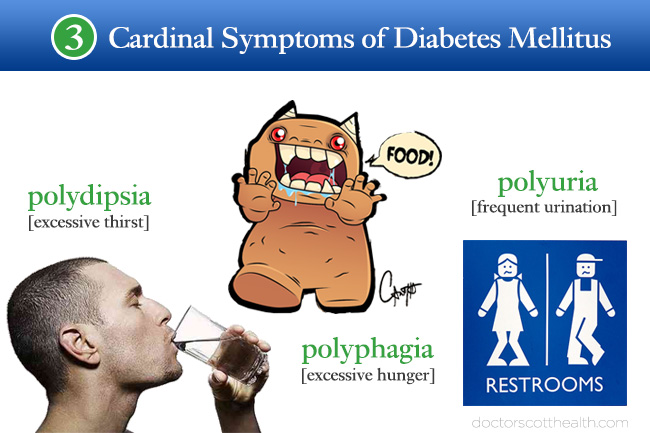 Diabetes is the shortened name for “diabetes mellitus” which happens to be Greek and roughly translates as “sweet urine.” I know it’s a strange and disgusting thought but if you did happen to taste the urine of an untreated diabetic individual (maybe on a dare or for $100 bill), you would in fact taste a sweetness. This is due to the excessive sugar in their blood, making its way from the kidneys to the urine. 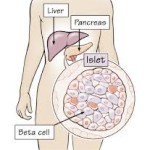 Type 2 diabetes patients suffer from a sort of exhaustion of their beta cells, which are located in the Islets of Langerhans of the pancreas. These cells produce insulin that allow your body’s cells to gobble up sugar (glucose) out of the blood stream. A prolonged diet full of simple sugars overwork the beta cells to the point where they can’t make enough insulin to meet the demands of the body and excess sugar remains in the bloodstream. In these conditions your cells also start to resist taking up the insulin you do have, which acts as gateways for glucose to enter your cells. Your entire metabolic system starts to go haywire.

These are only some of the complications and ill effects of this disease. In most instances, consistent diet and lifestyle changes are the only things that need to be corrected in order to stave off the nasty health repercussions of type 2 diabetes. When a doctor screens a patient’s blood sugar levels and they are higher than the normal but not so high that it requires insulin, typically these patients are prescribed an oral antidiabetic medication.

Metformin: An oldie but a goodie 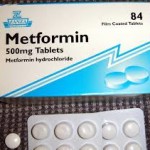 The reason why I think this drug is so fascinating is because it has many other treatment uses that are seemingly unrelated. Most of these treatment abilities are related to its ability to decrease insulin resistance. For instance, metformin is sometimes used in infertility cases, where a potential mother is having problems conceiving a child. It’s also being used more and more as a treatment for PCOS (polycystic ovarian syndrome). Other uses include non-alchoholic fatty liver disease and early puberty.

The most common side effects of metformin are the gastrointestinal issues, especially nausea. When first starting metformin it’s wise to decrease the prescribed dose, wait until that smaller dose is well tolerated and then increase it to the full dose. This allows the body to adjust to the drug more easily and without the severity of side effects. This is called “titrating” your dose. Think of it as a gentle ramp up, rather than a shock to the system.

People who have kidney dysfunction need to have their dose renally adjusted or too much metformin can accumulate in the body and cause a potentially fatal condition known as lactic acidosis.

There are of course many other metformin side effects that can be experienced and should be reviewed before starting the medication.

Just remember, an ounce of prevention is worth a pound of cure. Avoid this entire mess of a disease and cut out the candy, sugary foods, white flour, processed food and do something physical that you enjoy that raises your heart rate for 20 minutes every day.