White tea is superior in the amount of antioxidants it contains in comparison to all other teas. It will typically contain slightly higher levels of caffeine, lower levels of fluoride and has a more mild and less grassy flavor. It’s a big winner all the way around. 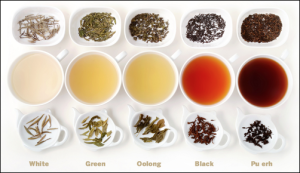 Why is it Named White Tea? 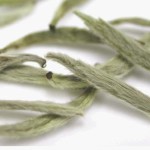 The early buds on the camillia sinensis plant have silver to whitish thread-like hairs that tend to make the bud or leaf look white at this early stage of development. Also, the tea itself is a very pale yellow and in comparison to its brothers it is the lightest or “whitest.”

After the leaves are picked they are allowed to wither in natural sunlight and then are given a little bit of processing to keep any further oxidation to take place. The young buds/leaves yield the highest concentration of antioxidants and the minimal processing keeps them largely intact, more so than green tea or black tea.

The plant that white tea is derived from (camillia sinensis) tends to absorb more fluoride than other plants. The increasing awareness of fluoride as a negative contributor to our health, rather than a positive one, has raised concerns about consuming it through drinking tea. The older the leaves, the more fluoride that is absorbed and incorporated into the leaves.

White tea, being made from very young leaves/buds, has the lowest fluoride of all the teas. This is excellent news for all those trying to eliminate or minimize all sources of fluoride in their diet while still hoping to take advantage of the numerous health benefits from the camillia sinensis tea leaf.